Compare the Market had lost two of their most powerful tools to do this: Meerkat Movies and Meerkat Meals were effectively put on ice by social distancing rules.

In a matter of weeks, Meerkat Music was born. With the intention of lifting the mood of the nation, while staying true to the entertaining DNA of the brand, we decided it was time to put on one helluva show.

No mere bedroom live-stream, this. Aleksandr dusted off his little black book to reunite Take That with Robbie Williams, making front page news around the world and putting Compare the Market firmly back on the nation’s agenda.

Their first-ever show was available to everyone and featured an exclusive reunion of iconic British band, Take That and Robbie Williams – broadcast digitally from their homes. In a world-first, the band performed together in a streamed online show via YouTube and Facebook Premiere.

Aleksandr Orlov took centre stage as the presenter of this new entertainment series and fans were thrilled to see the band perform a series of their most celebrated hits. 600,000 people watched the show live across YouTube and Facebook, and the current total watching figures are now over 3 million and counting.

Gary Barlow, Howard Donald, Mark Owen and Robbie Williams chose to support Nordoff Robbins (with whom the band have a long-standing relationship), as well as the charity Crew Nation, a global relief fund for live music crews, alongside this one-off streamed reunion performance. 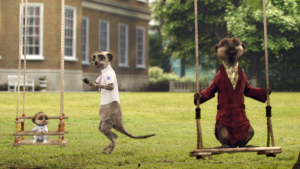